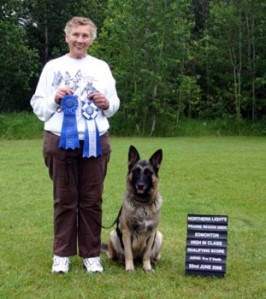 Every five years the US Department of Agriculture publishes its dietary guidelines for Americans. https://health.gov/dietaryguidelines/2015/guidelines/ The guidelines, ostensibly directed toward reducing heart disease and obesity, have had no impact on these conditions. Although Americans have been following the guidelines, according to census records, they continue to die of heart disease at an alarming rate and are getting even fatter. What is wrong?

When Dr. Robert Atkins published his first book on low carbohydrate dieting, he was vilified by the American medical community. He was going against the accepted norms of what constituted a healthy diet. His book, based upon the results of his clinical experiments with thousands of his patients, was a brilliant clinical observation. But his work went against mainstream thinking and publishing. Decades later, the medical community, as represented by the USDA committee on the dietary guidelines, are still trying to refute Dr. Atkins (and the many others who have followed him). The committee continues to recommend a high carbohydrate, low saturated fat diet, the antithesis of the Atkins diet.

The problem for the committee is that the volume of research supporting the Atkins diet has been growing exponentially since 2007 with Gary Taubes monumental review of the dietary literature in Good Calories, Bad Calories.

Nevertheless, the explicit recommendations of the committee remain essentially unchanged in 2015.

A major breakthrough was the publication of Nina Teicholtz critique of the 2015 guidelines in the British Medical Journal. It was the first such critique in a major medical journal. Her book, The Big Fat Surprise, like Good Calories Bad Calories, is an extensive literature review of the dietary literature, negating the 2015 Dietary Guidelines by reporting clinical trials and other well documented research studies ignored by the committee.

Another Critique of the dietary guidelines was written by Zoe Harcombe who wrote: The Obesity Epidemic.

The Wall Street Journal also published a critique of the 2015 guidelines.

Last is a discussion and critique of the research evidence behind the 2015 dietary guidelines.

Will any of these critiques have any effect on the 2020 Dietary Guidelines? We shall see.

The USDA dietary guidelines since 1992 have been, and apparently will continue to ignore the work by Atkins and his successors in the United States.

Pamela Brink was born in the Philippine Islands, was a POW under the Japanese during World War II. Following rescue she and her family moved to the US.
She received her BS in Nursing, Her MSN in Psychiatric Nursing, her PhD in Cultural Anthropology.
She has taught at the University of Cincinnati, UCLA, University of Iowa, and the University of Alberta, Canada.
She founded and edited the Western Journal of Nursing Research
She authored many articles and books.
She is now retired and lives with 2 cats.

I wonder how my life would have turned out if I hadn’t become a nurse?

Joe Biden and the American Academy of Nursing

Did Jesus say anything about Abortion?